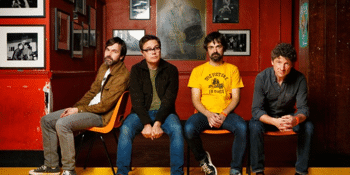 Britpop luminaries THE BLUETONES are returning to Australia and New Zealand in May 2020, performing their breakthrough debut album
‘Expecting To Fly’ in full along with a set of their greatest hits.

‘Expecting To Fly’ was a sensation upon it’s release knocking Oasis’ ‘What’s The Story (Morning Glory) off the #1 spot in the UK charts! Decade Mag included the album in their list of all-time greatest Britpop albums, with X Radio bestowing similar honours. The album set THE BLUETONES on a storied career having played thosuands of shows across 73 countries.

These long overdue dates will see the reunited foursome return for their first Australian headline tour in over 20 years whilst making their first trip to New Zealand.

These will be unforgettable shows not to be missed!

Sunday 10th May – The Brightside, Brisbane

PRESENTED BY DESTROY ALL LINES